At the outset of war Australia set about the task of building its medical facilities and staff to support the troops that would be soon travelling overseas.

The 1st Australian General Hospital (1 AGH) was formed in Queensland, August 1914 and departed Brisbane aboard Kyarra 21 November 1914, serving in Egypt and the Western Front.

The 2nd Australian General Hospital (2 AGH) was formed in New South Wales in August 1914 and departed from Sydney aboard Kyarra 28 November 1914, also serving in Egypt and the Western Front.

The 3rd Australian General Hospital (3 AGH) was formed in New South Wales later in 1915 and departed Sydney aboard Mooltan 5 May 1915. The 3AGH would serve in England, Gallipoli, Egypt, and on the Western Front. 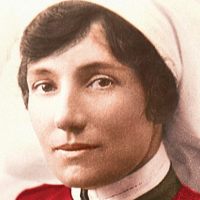 The casualty rate amongst front line soldiers in the First World War was great. This created a huge demand upon the medical services to both treat and care for the wounded. By following the lives of the 154 men of the 5th reinforcements we will learn about the clearing stations and hospitals where they were treated across Egypt, France and England.

Follow the Great War through the life of one of the Australian nurses Alice Ross-King, a central character in the recent TV series ‘Anzac Girls’. Alice’s diary is being published on Facebook 100 years on to the day as part of the Anzaclive initiative.