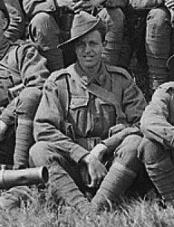 Following the death in 2007 of Frank Samways, the last surviving relative of Pte Charles Robert Samways of the 5th Reinforcements 22nd Battalion, Alex Burnside donated the collection of Pte Samways WW1 memorabilia to the Melbourne Shrine of Remembrance for the safeguarding of the AIF heritage. The following items were photographed by the project author (and incidentally great-great nephew of Charles Samways) during a visit to the Shrine and its research centre in March 2015. 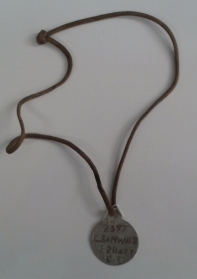 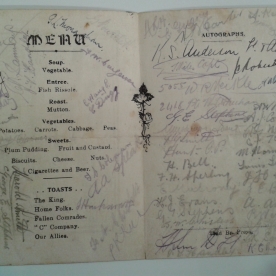 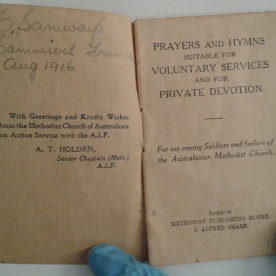 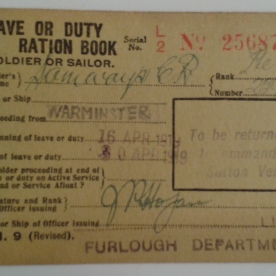 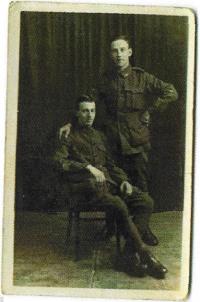 Also held in the Shrine collection is the photograph left of Pte Samways (sitting) and his best mate 2394 Pte Stephens (standing) also of the 22nd Battalion. While in England the two men went Absent Without Leave for a month, twice, first in September 1917 and the second time on Armistice Day in November 1918. After being apprehended in December 1918 both men faced a Field General Courts Martial. Upon his return to Melbourne in 1919 Charles married George’s sister Daisy.